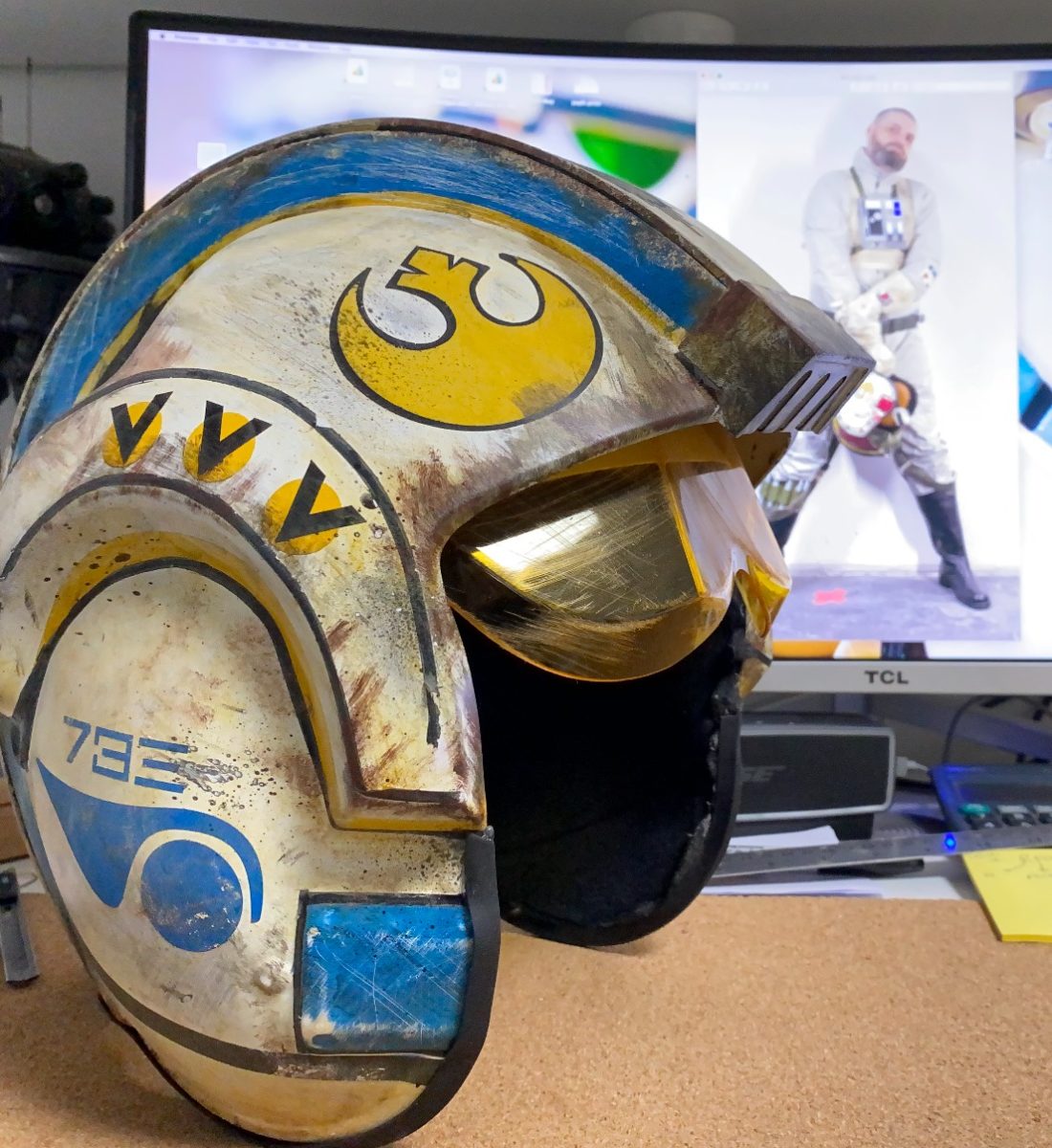 the sandspeeder was originally introduced by hasbro as part of toys during the OT release. 35+ years later they were brought back by Lego in an exclusive set and quickly seen in Battelfront 2. There is a visual queue in TFA when Rey plays with a salvaged Xwing helmet which is attributed to a sandspeeder pilot used in the lego set.

There are nearly zero visual references outside of the minifig BUT this is one costume I really wanted to do so based on the experience of Xwing both Classic and Rogue One version I did what I had to do… and made the salvage helmet part of the deal too.