After starting the third armour of the GAV Commander of Rogue One, I decided to make a patch. I wanted it to be in the striking and minimalist. So I used the three colours found on the Commander armour. It is reminiscent of the ranger patch in the US with the mention of the 71st Battalion which is the one that was station on Jedha ( wookiepedia !). There was also a desire to include the hammer shape since the GAV units are known as ” Imperial Hammer”. The toying started with position and included a *wink* at Pink Floyd ” Another Brick in the Wall” MV. but it did not gel properly. So the Hammer finally appears in the “ST” next to the 71 which left some room to add the Imperial Cog … now to production 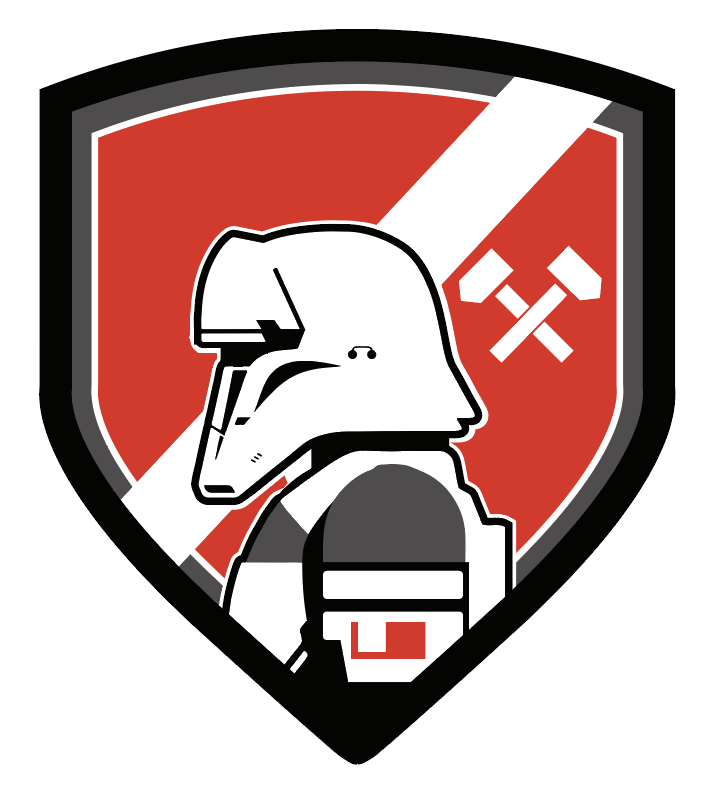 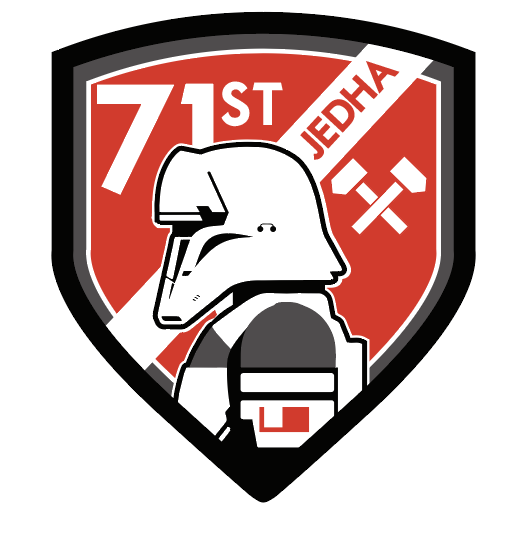 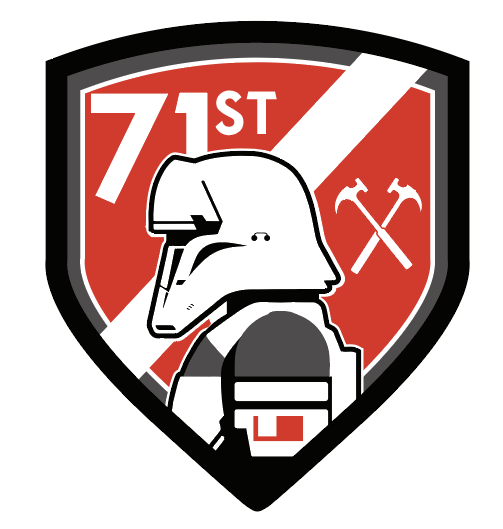 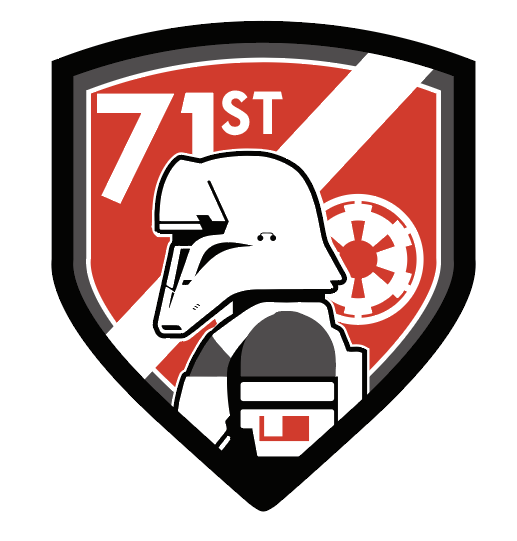 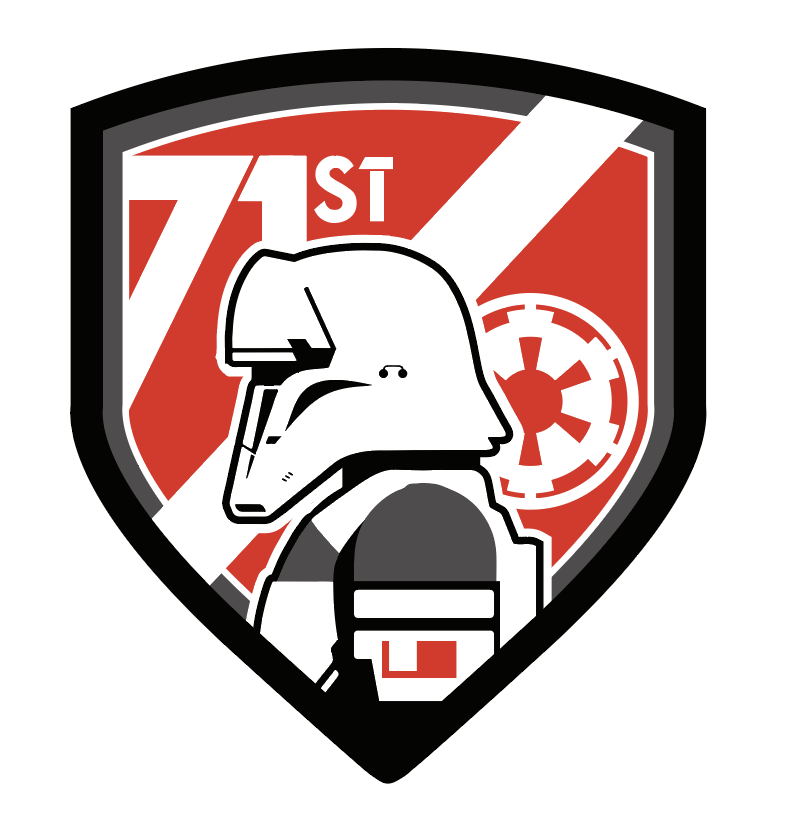